In a rather shocking turn of events, a man has caught his heavily pregnant wife in bed with another man.

A viral video circulating on social media shows the pregnant woman and her alleged lover shamefully halting their act as the man approaches them with his camera. The male lover makes a frantic attempt to wear his underwear when the husband of the pregnant woman emerges in the room. 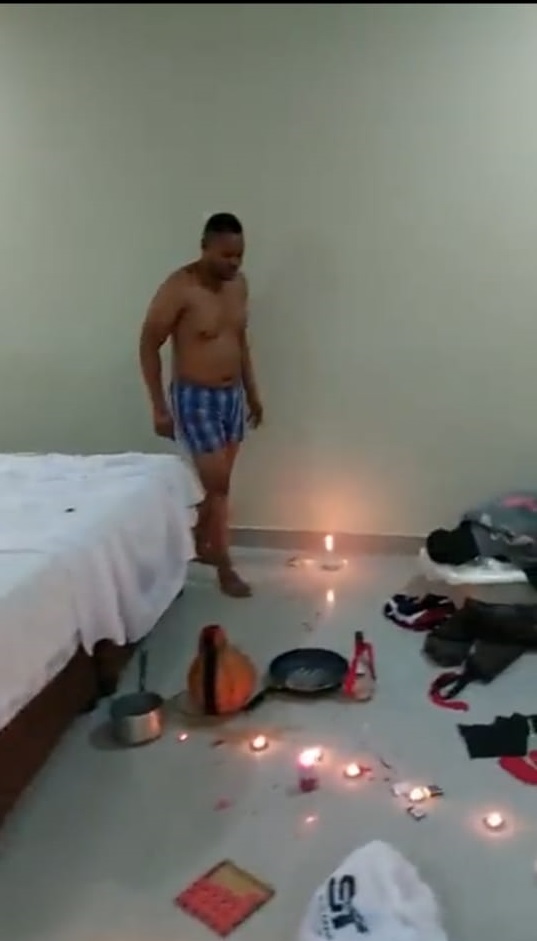 According the voice of the man recording the video, his wife had lied to him about travelling to a different destination, while she instead made time to have fun with another man in their matrimonial bed.

The video reveals what looks like a hotel room with lit romantic candles. The husband of the pregnant woman who seems to be the one filming the incident says to his wife. “Don’t move.” He repeats this many times while filming the unfortunate incident. The video show Both of them naked at first, and then the lover quickly putting on his boxer shorts while he proceeded to beg the husband for mercy. The woman begins crying shortly after. 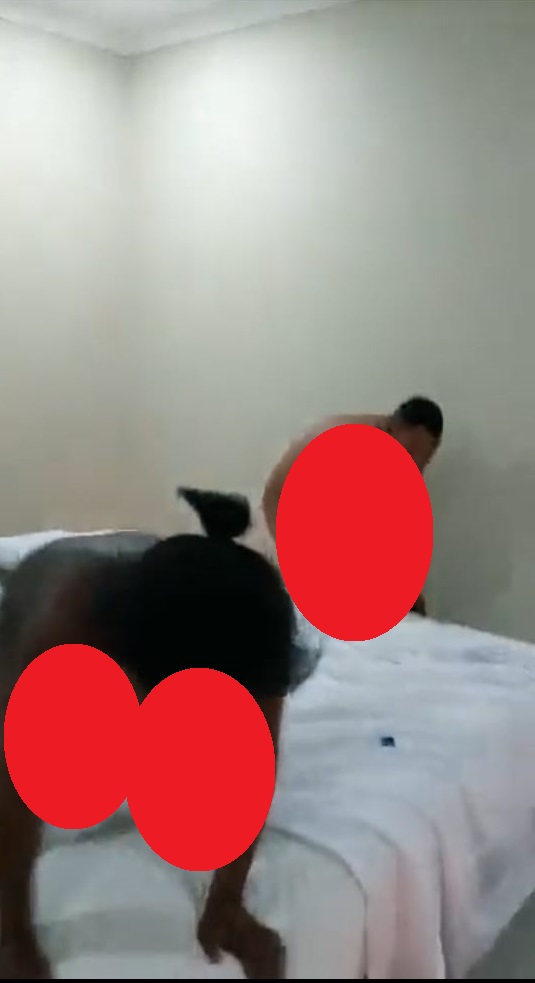 The identities of the individuals in the viral video is currently unknown.

Because of the graphic nature of the video, we cannot publish it here, but you can head over to Telegram to watch the full video
Viewer Discretion is advised.