A viral Twitter post asking men to state the reasons they finally stopped talking to someone they used to be interested in has brought out some very funny and interesting results.

Twitter user KhanofKhans11 asked his male followers and others on Twitter to reply with the reason they stopped talking to someone. 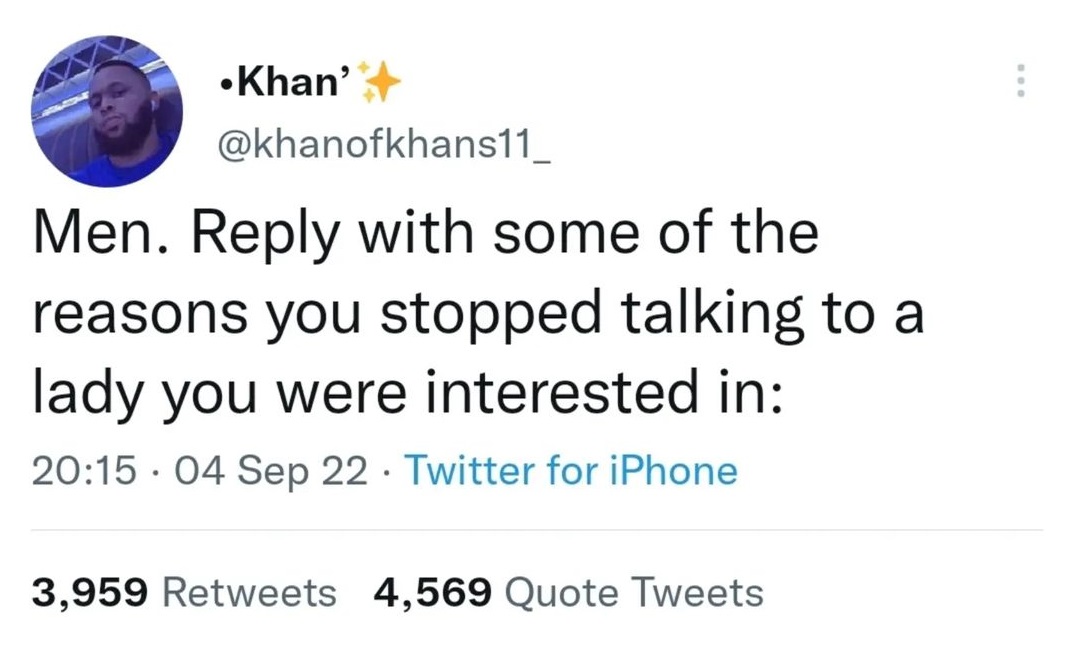 Users begun replying to their post with their stories.

Others, who wanted to remain anonymous, sent their stories via DM. Some also shared screenshots of their chat that made them lose interest in the relationship.

According to one guy, it ended because she gave him a birthday cake of which she had already take half.

See all the responses below: 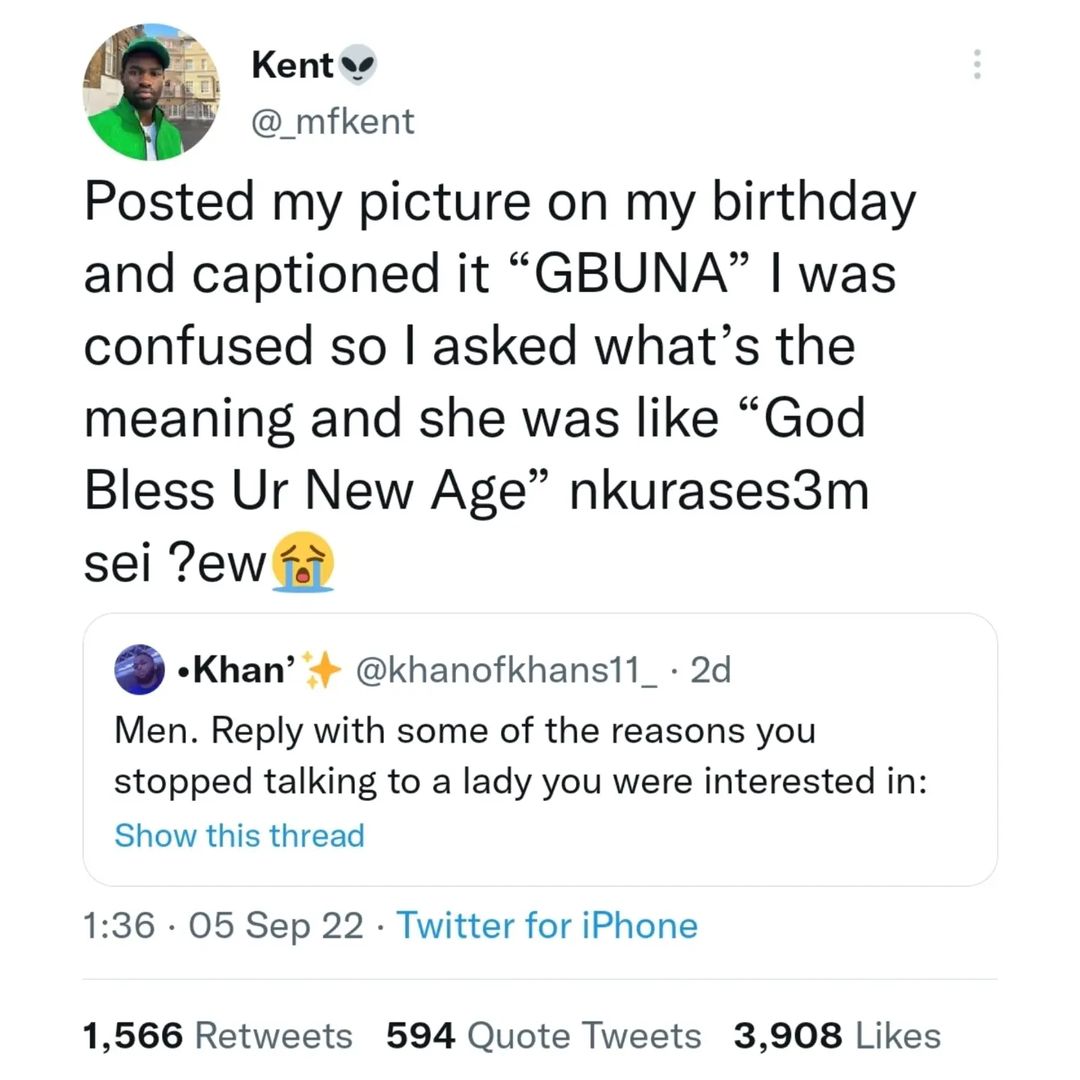 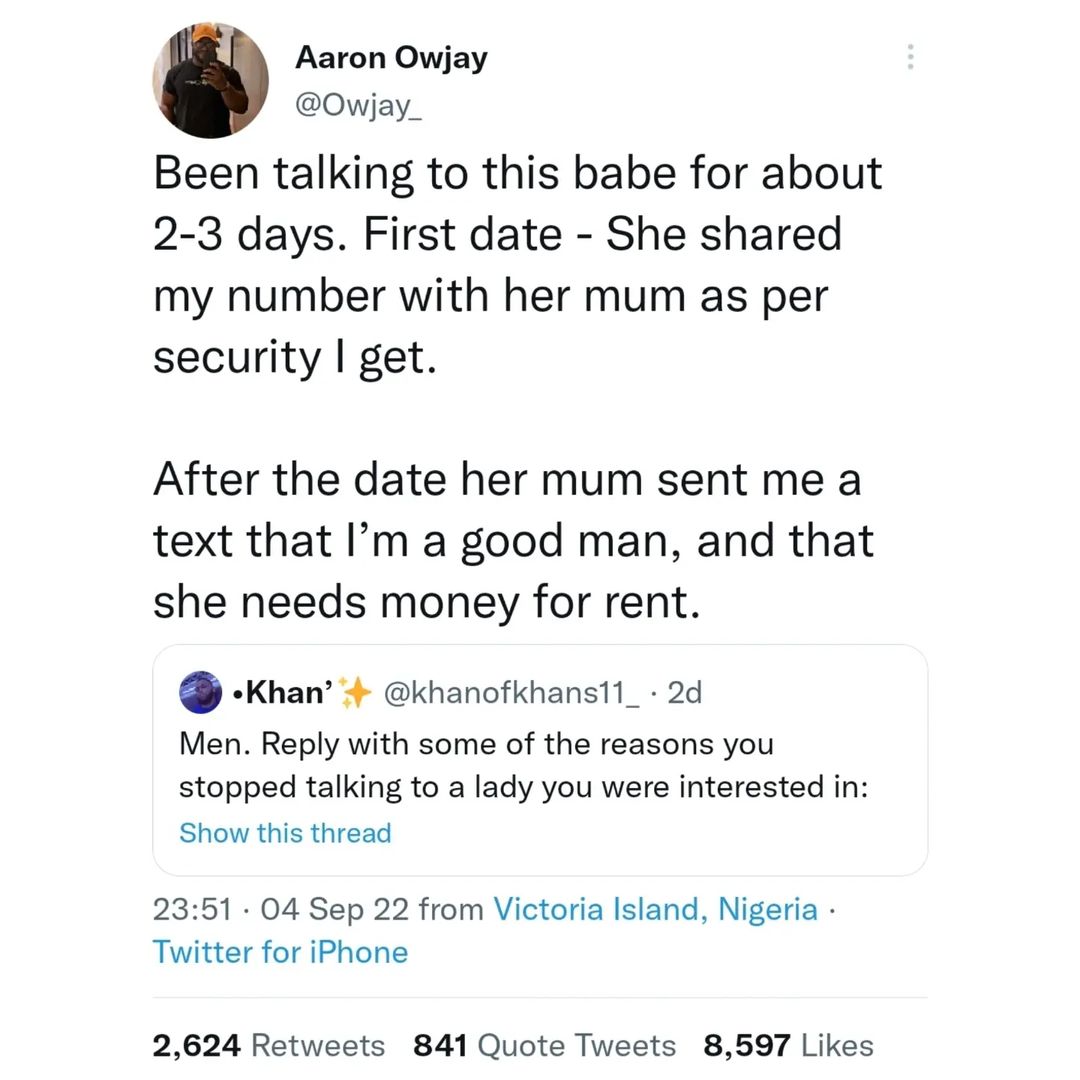 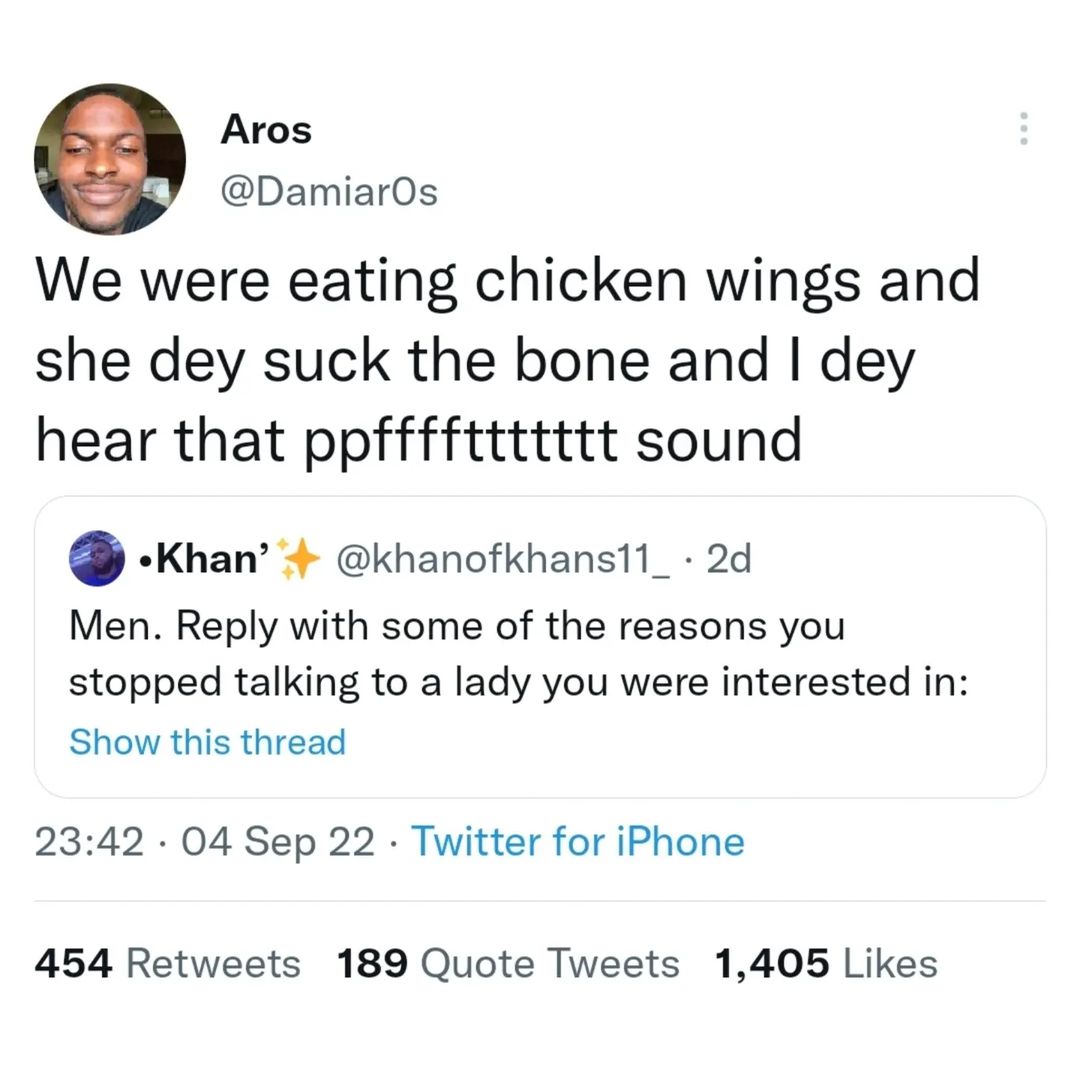 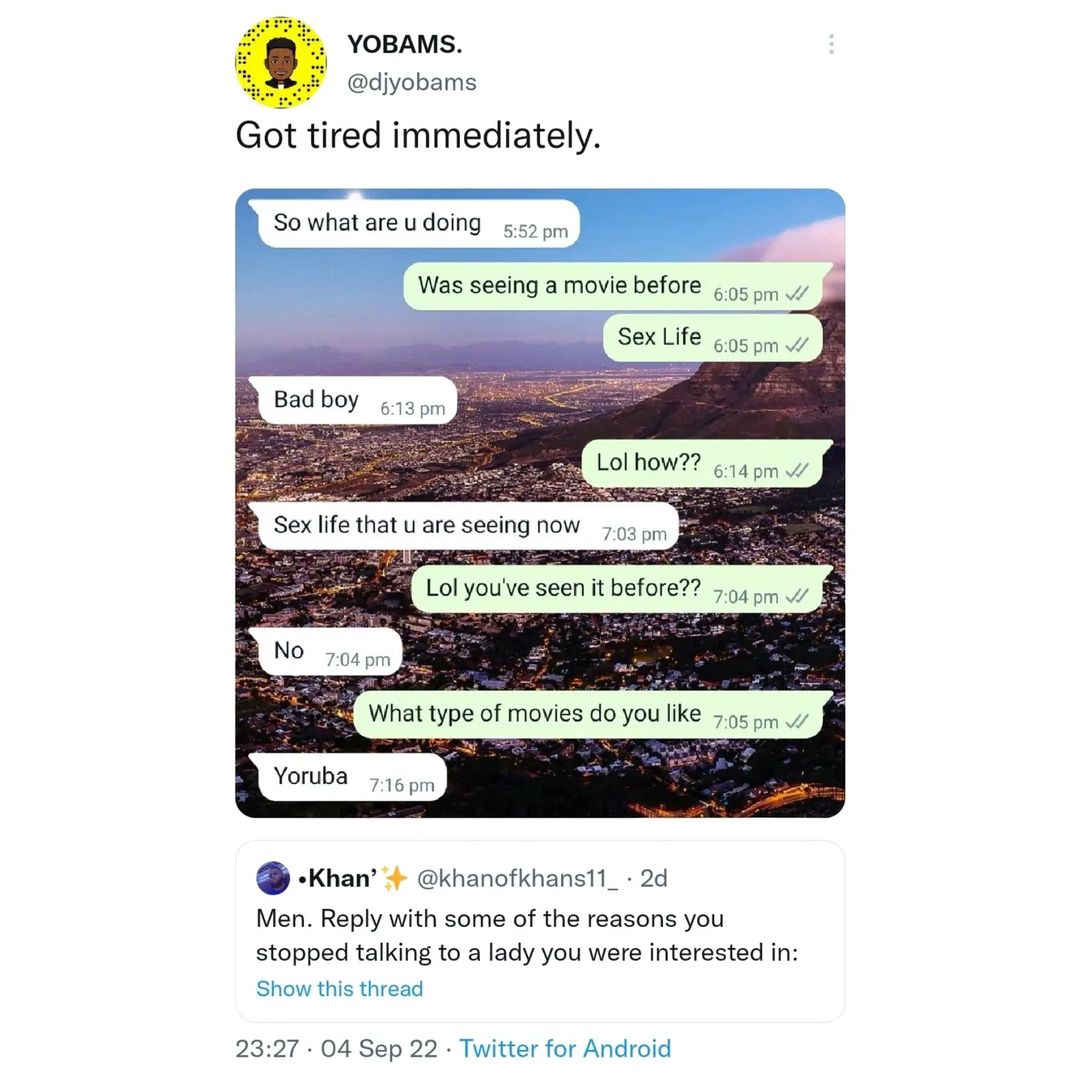 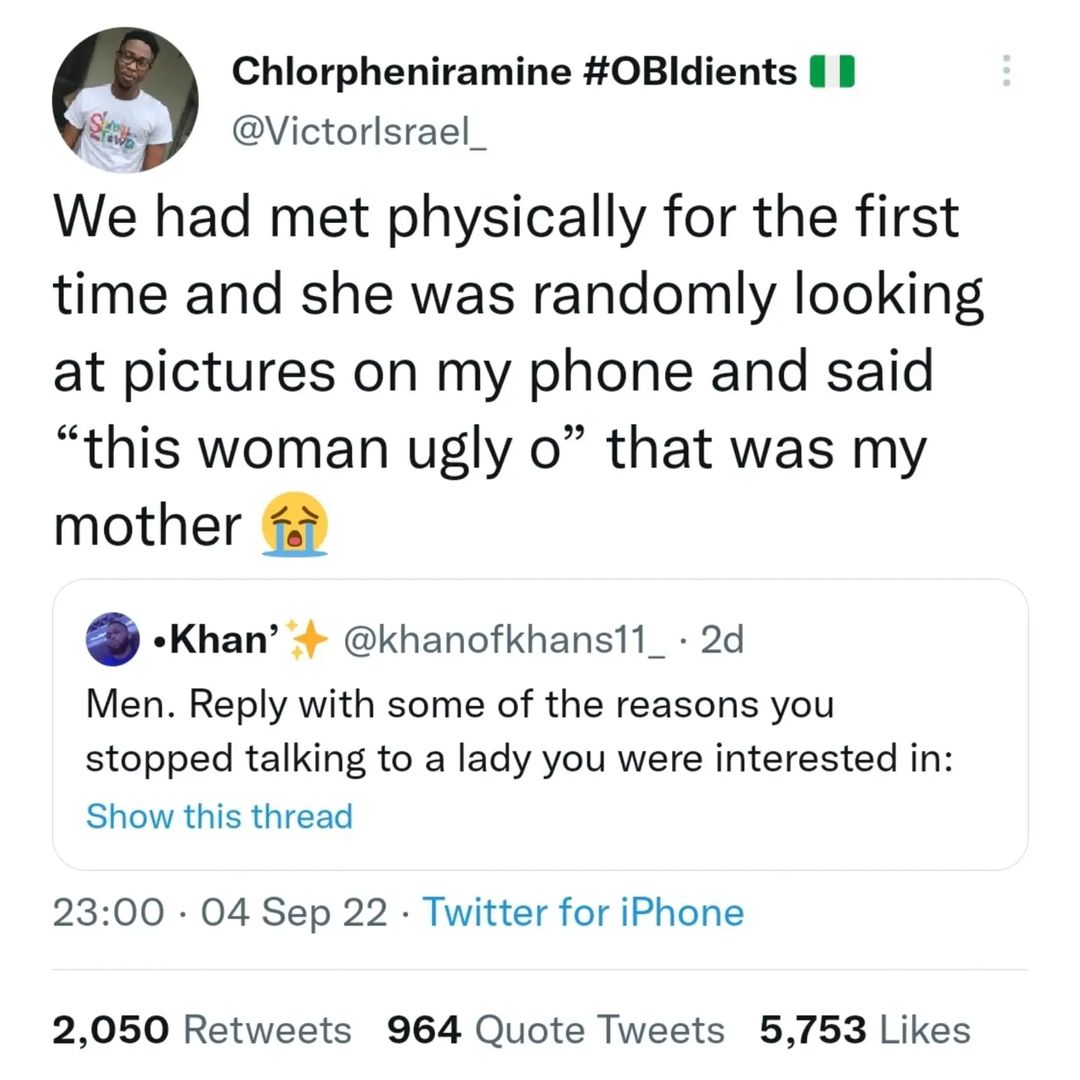 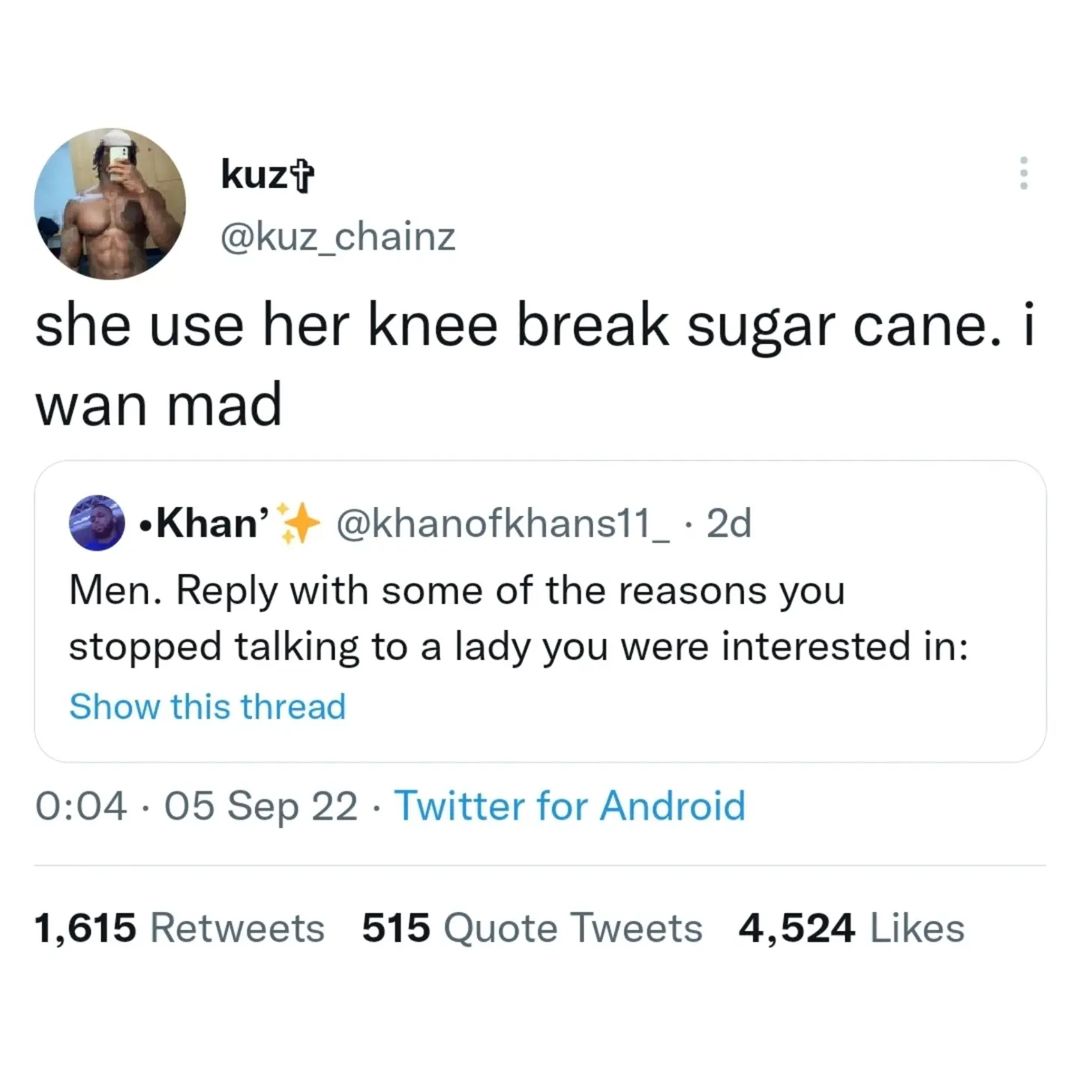 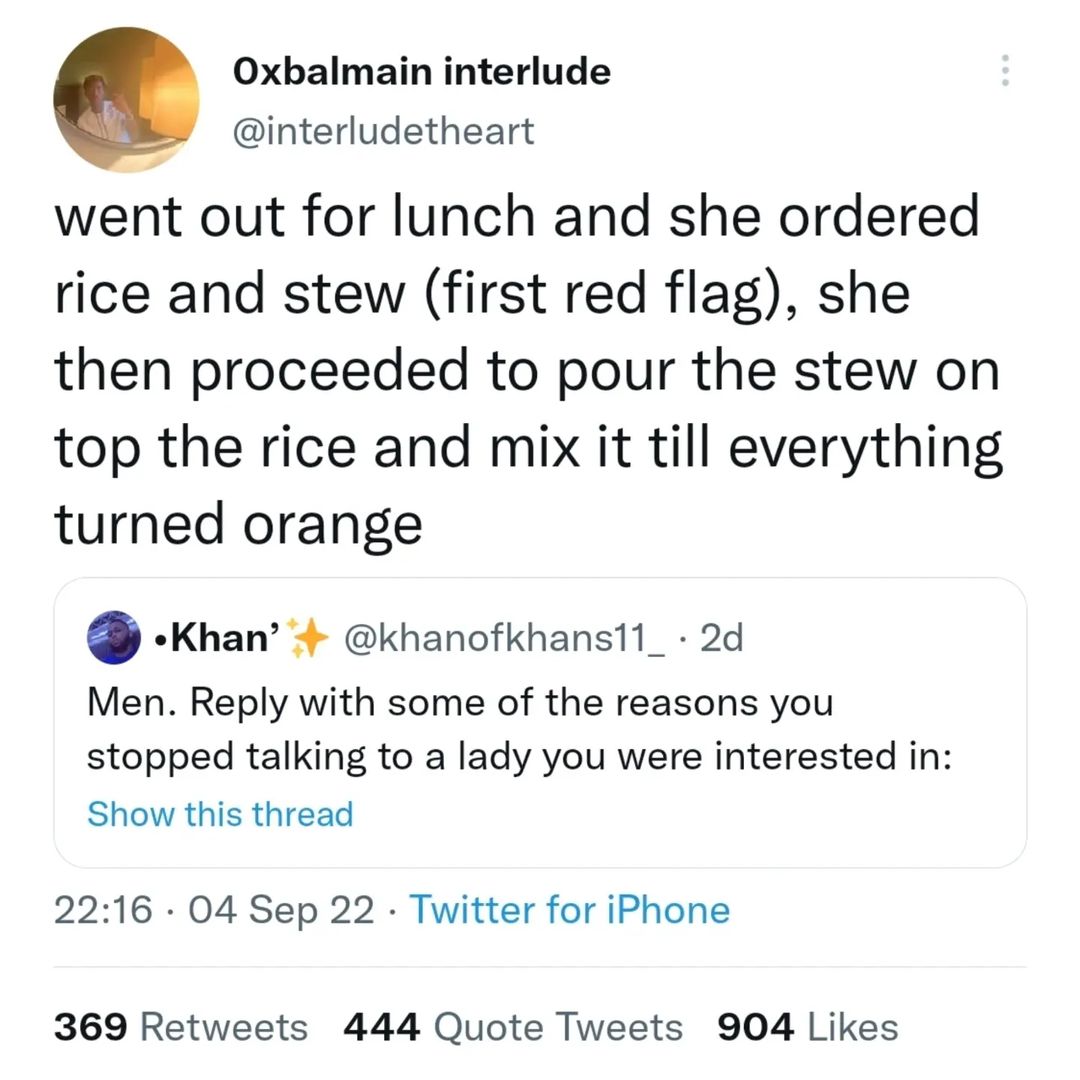 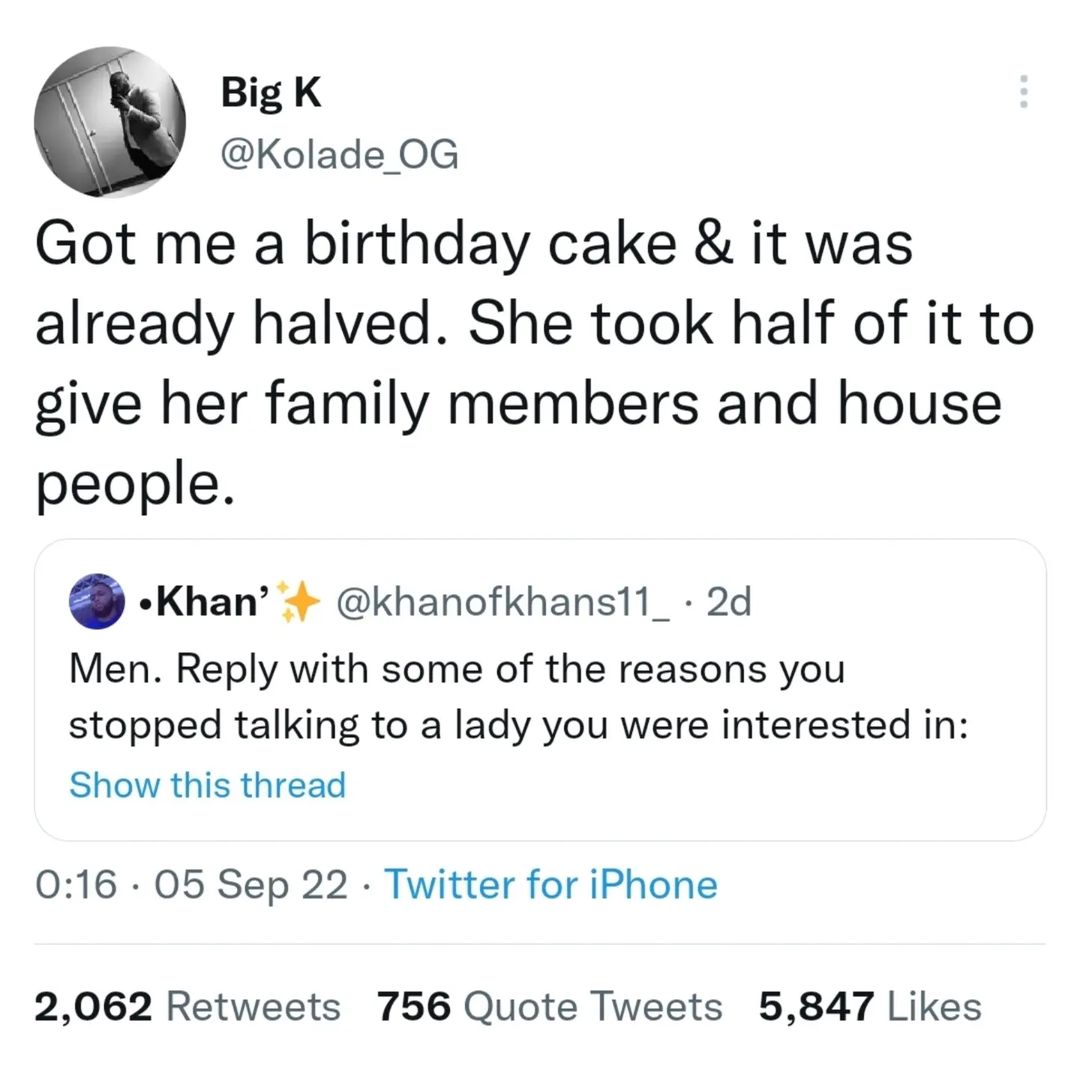 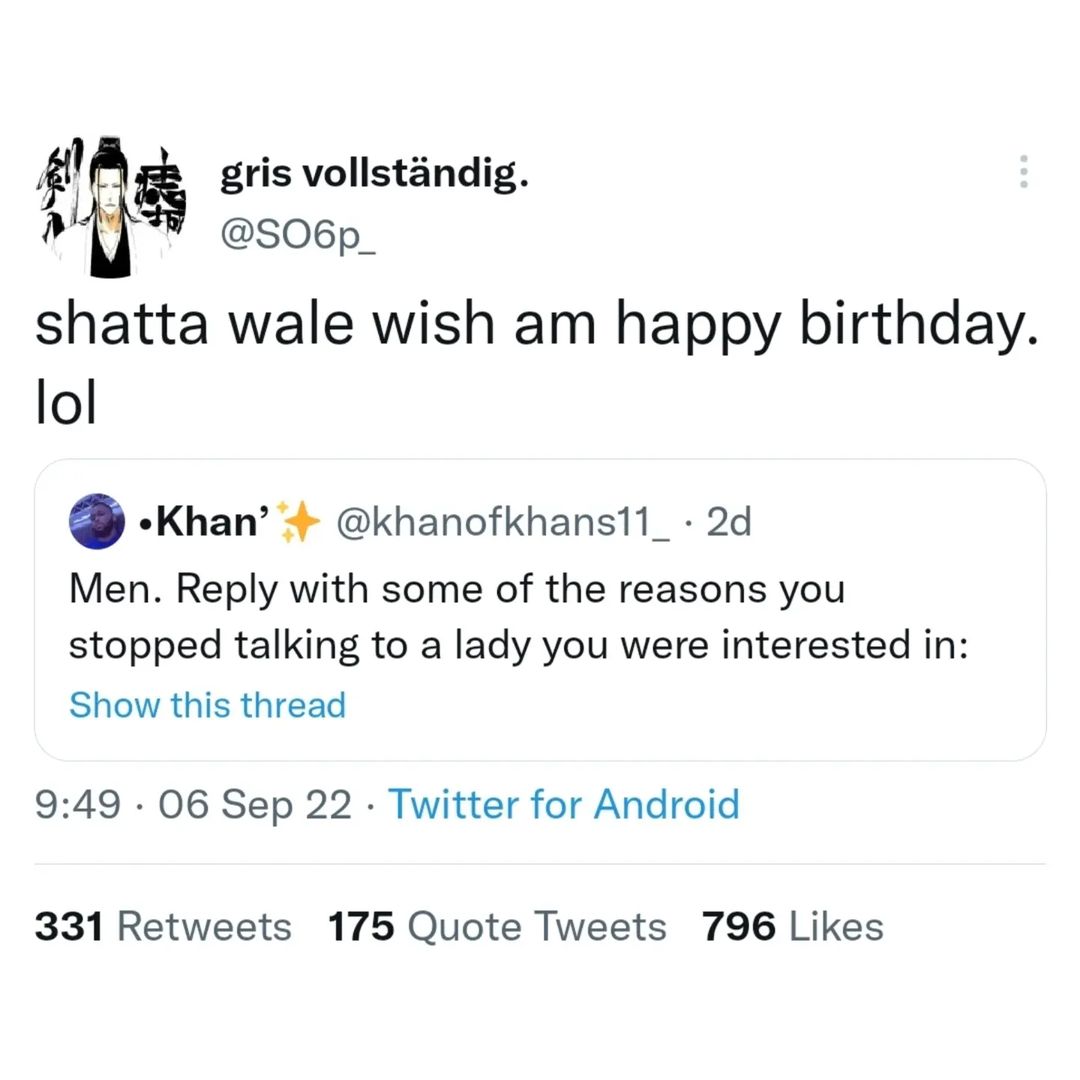 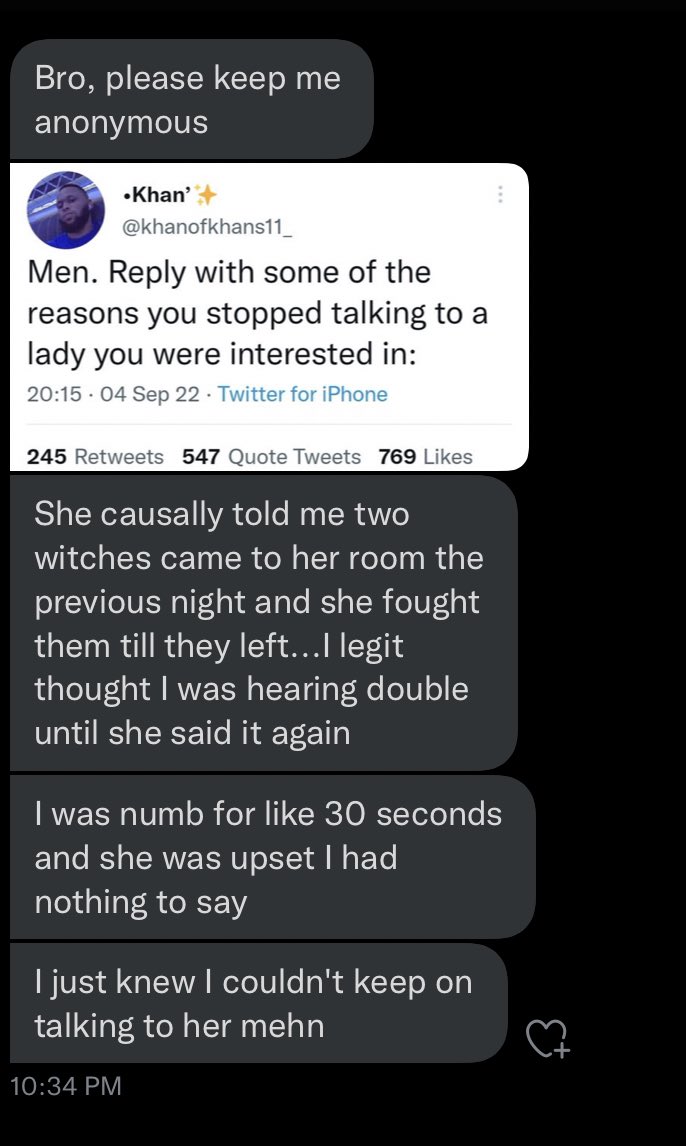 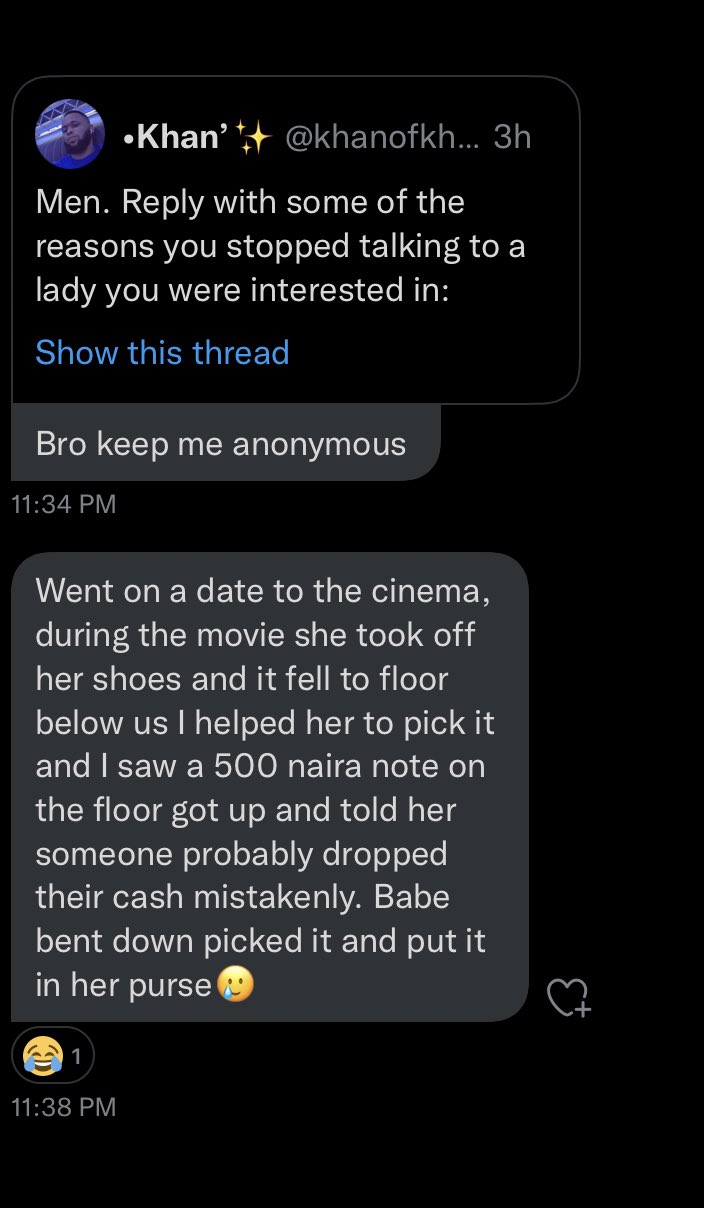 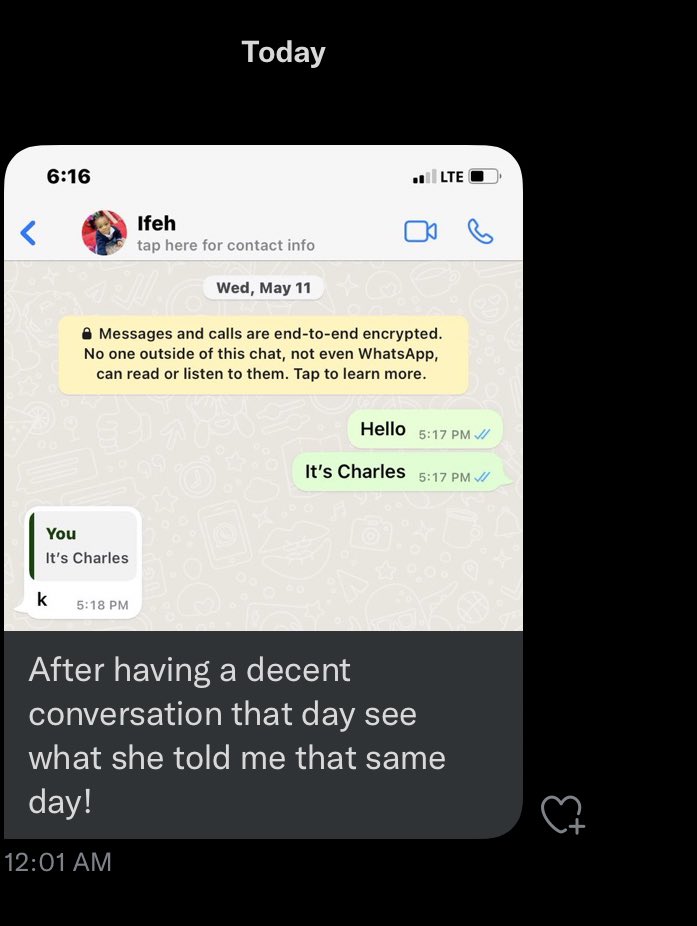 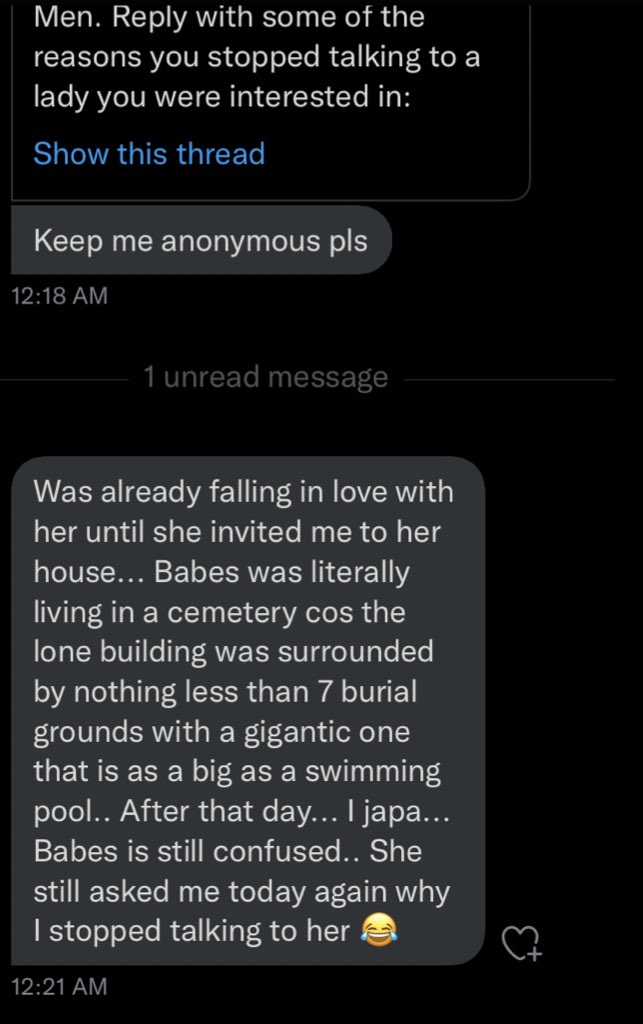 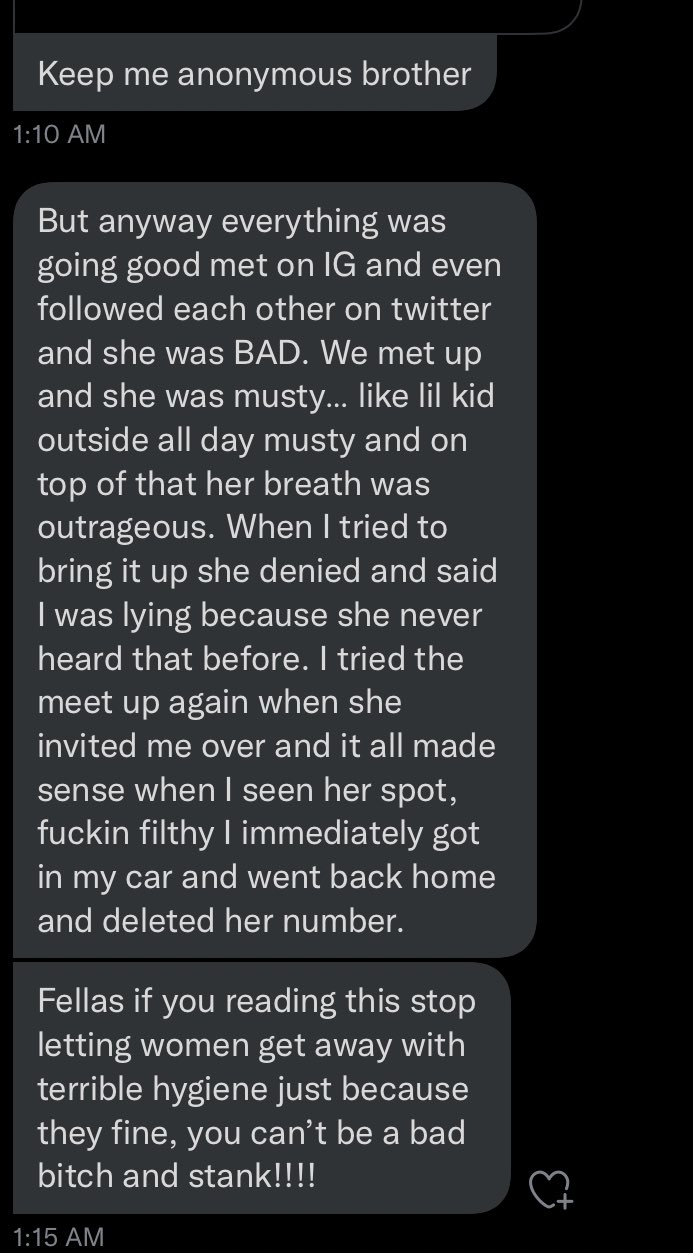 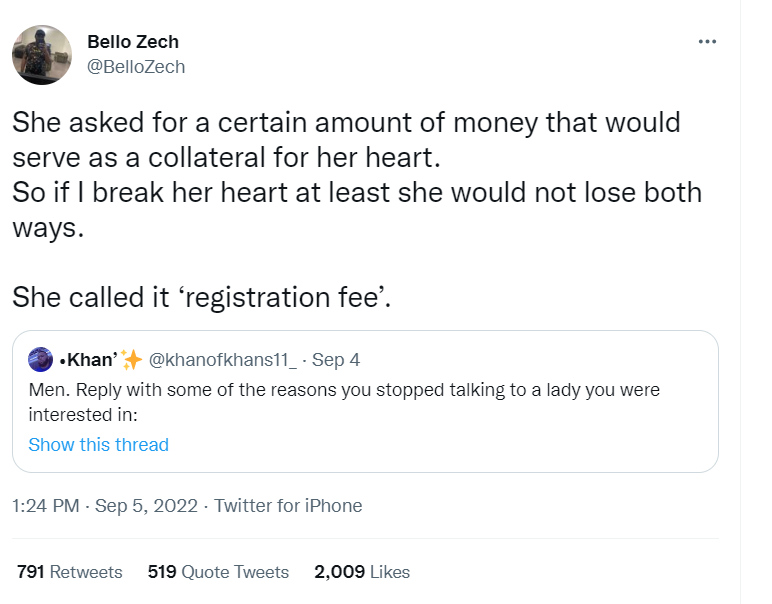 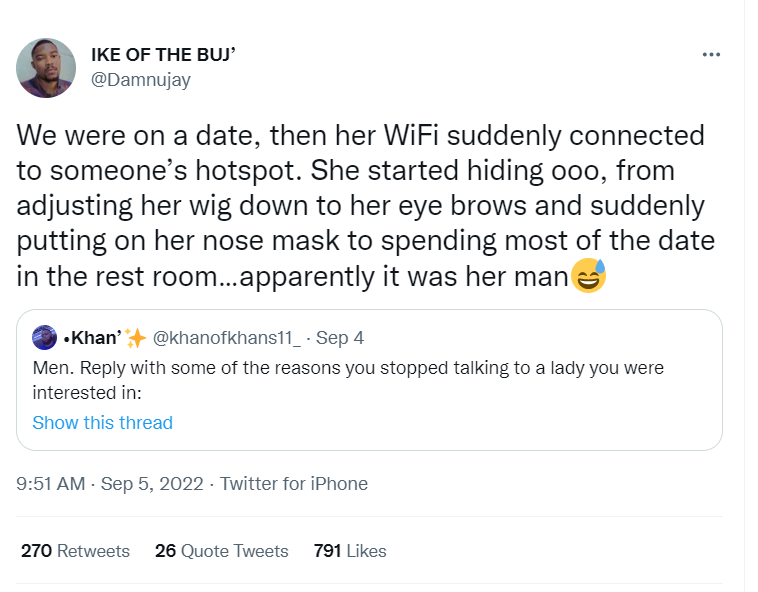 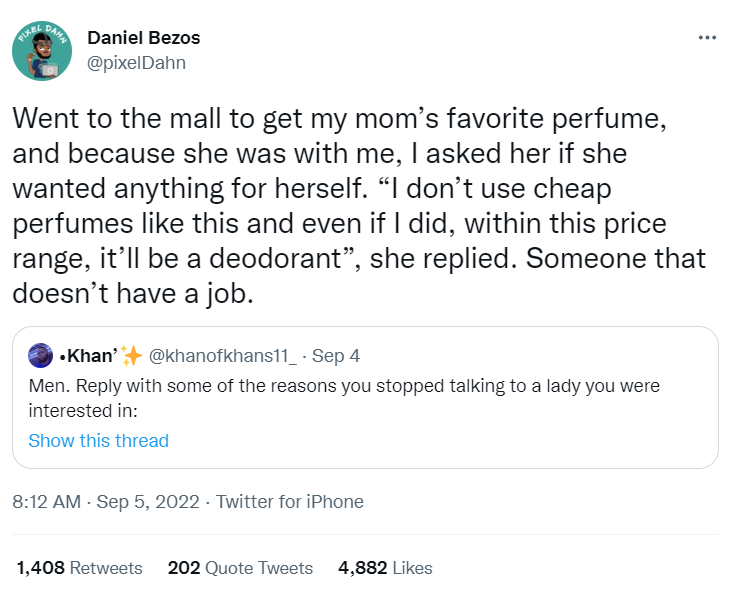 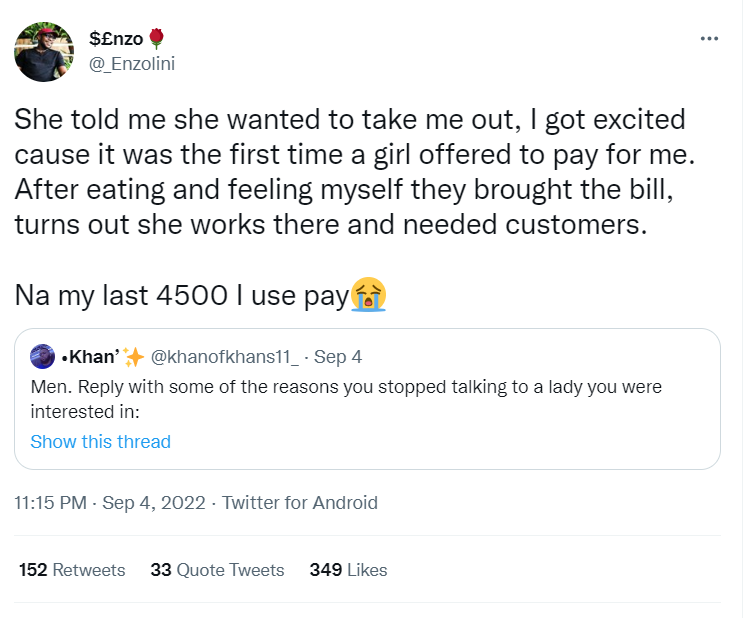 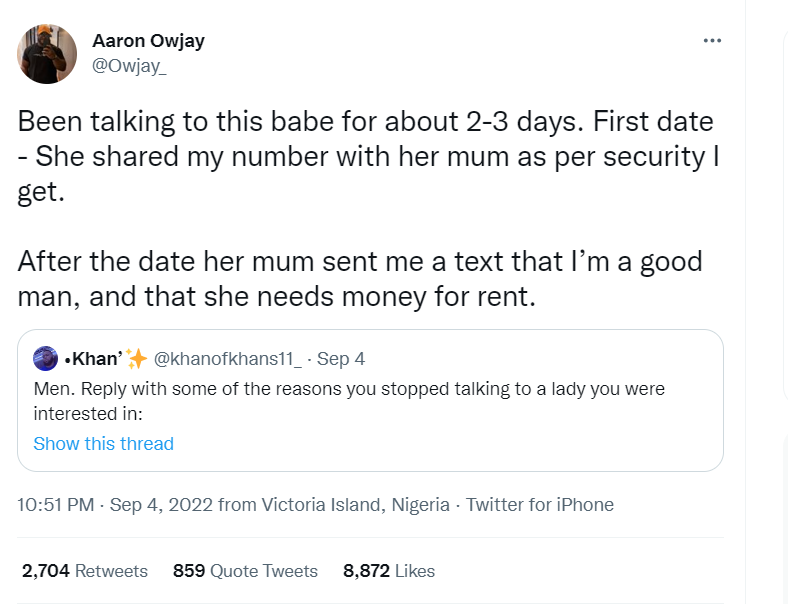 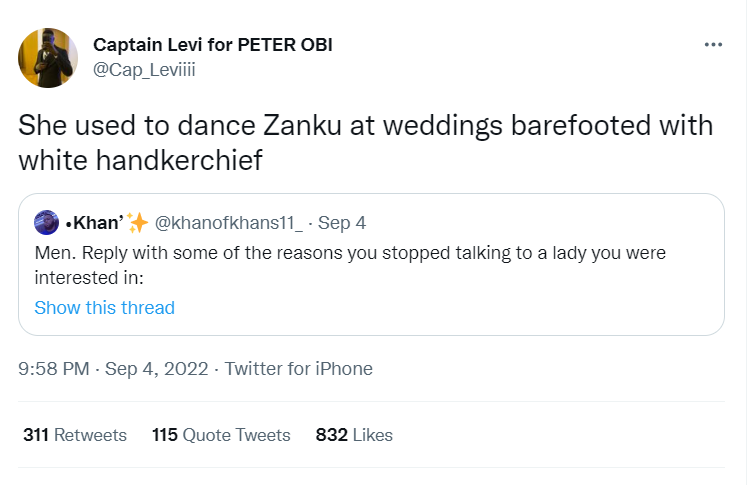 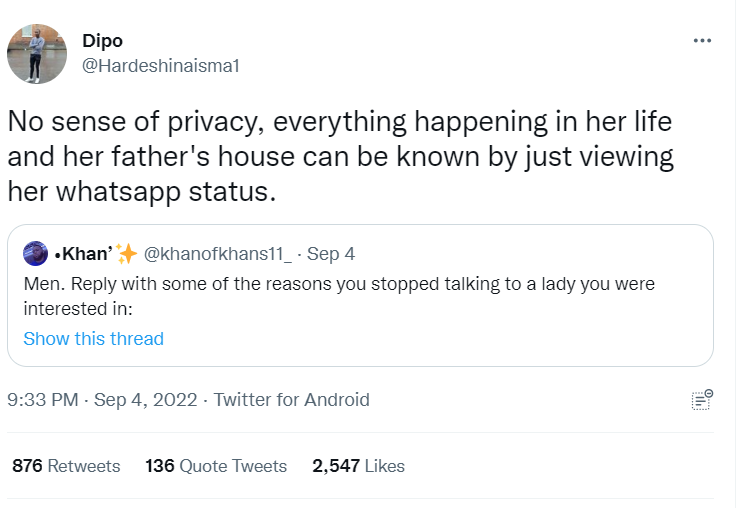 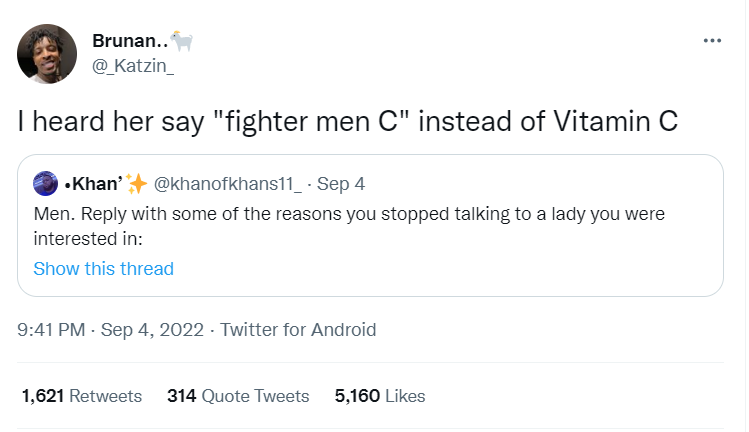 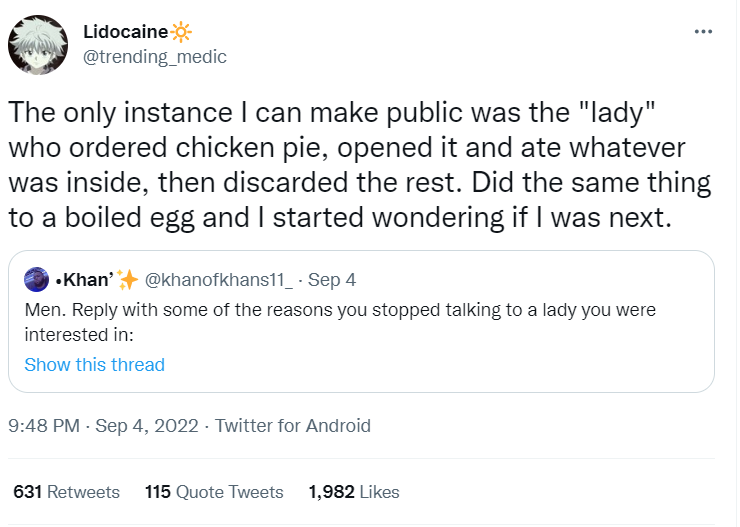