“If you break my heart I go date your father” sang the late Ebony Reigns and from the look of things, a Nigerian lady took Ebony’s advice seriously.

A 23-year-old Nigerian lady was dating a Caucasian male who cheated on her with multiple women including her best friend. When she found out about his indiscretion, she broke up with him and went on to seduce her ex’s 89 years old father.

Her affair with her ex-boyfriend’s dad then led to an extravagant wedding between the two of them. However, Netizens heavily descended on the lady and questioned her morals for marrying a man who was way older than her, but she didn’t care about their opinions. 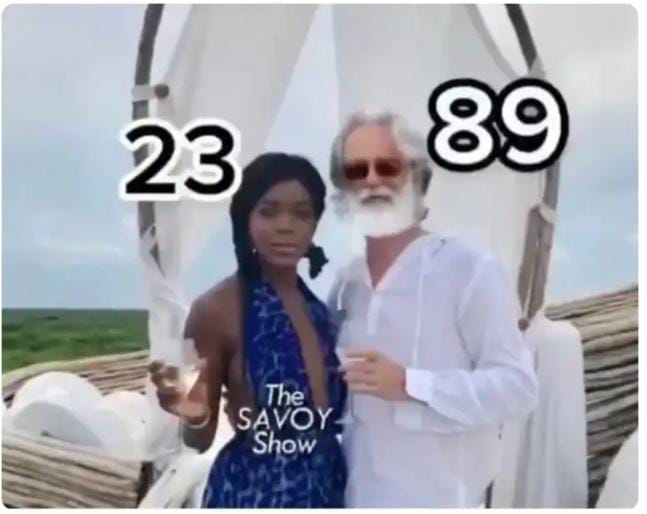 Their wedding was a flamboyant one that was held on a ship. There was a particular photograph circulating in which her husband was ogling her and visibly staring at her butt.

In a post that has gone viral on YouTube, the newly wed bride states emphatically that for someone who has cheated on her several times, even with her supposed best friend, her ex had a lot of audacity to call her a hoe for marrying his dad. 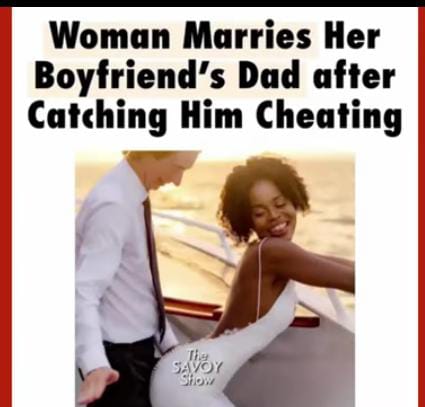 As stated earlier, her statement has caused quite a stir on social media. Some people are applauding her for the way she exacted revenge, while others do not like the way she handled the situation.

Her message for all dating women out there is that they should meet the whole family during courtship, just to keep options available in case of any unfair break-up.

Readers, what do you think about this situation? Please let us know.