A woman has called off her wedding on Facebook due to the abusive nature of her fiancé. According to her, she and her husband-to-be had been dating since Secondary school with barely any issues. The physical abuse, however, started after they agreed to get married. The man had performed the first and second stages of the marriage rites and then suddenly changed attitude. Arguments would quickly turn physical and he would use physical objects such as belts, sticks, brooms and in one instance, attempt to use a cutlass on her.

The wedding date had been set. Wedding invitations as well as all preparations needed to make the day a memorable one had already been decided and bought. But the lady has resolved to end things because she cannot endure this for the rest of her life. According to the woman, her man promised her that if she didn’t kill him, he would kill her. That statement, coupled with alleged instances where he beat her and gave her headaches in the aftermath have informed her decision to call off both the traditional and white weddings.

“…I have chosen me and will not live my entire life facing domestic violence..” she said, adding “With all these things and more, I am fed up”. She also apologized to her family and friends and has promised that the bride price will be returned in due time. This story comes weeks after the demise of the Nigerian Gospel singer who had been alleged to have died in the hands of an abusive husband. Osinachi Nwachukwu, the ‘Ekueme’ hitmaker died and sparked a debate on abusive marriages. 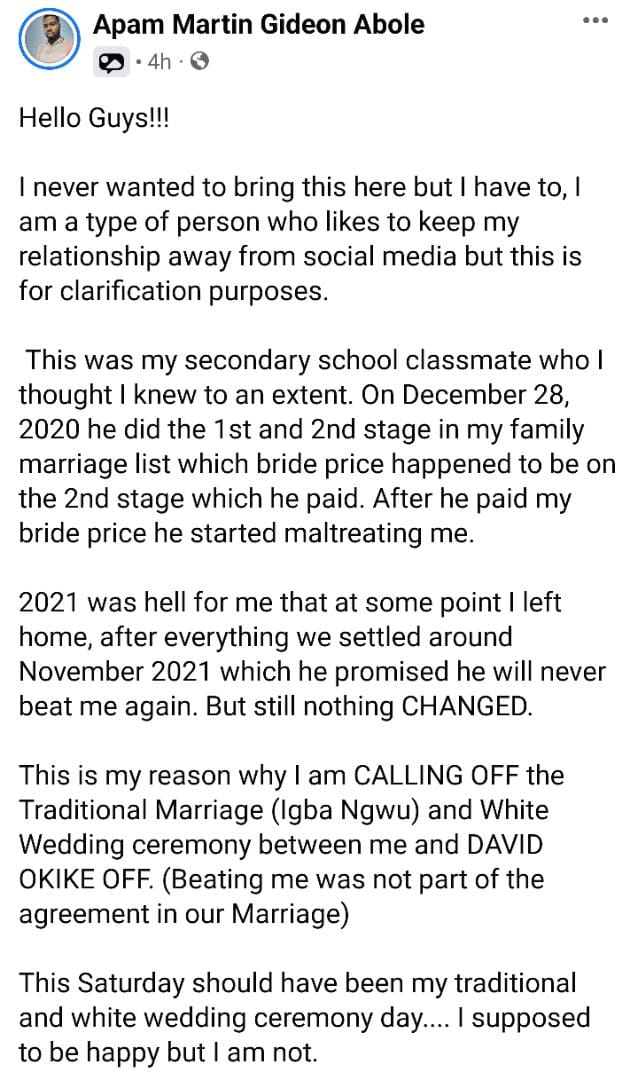 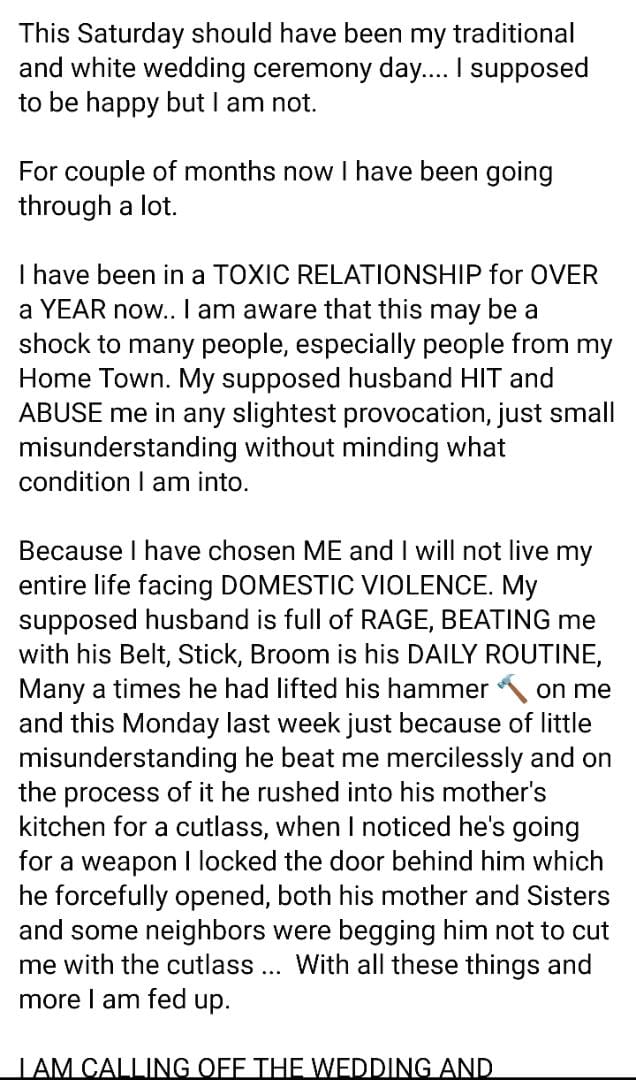 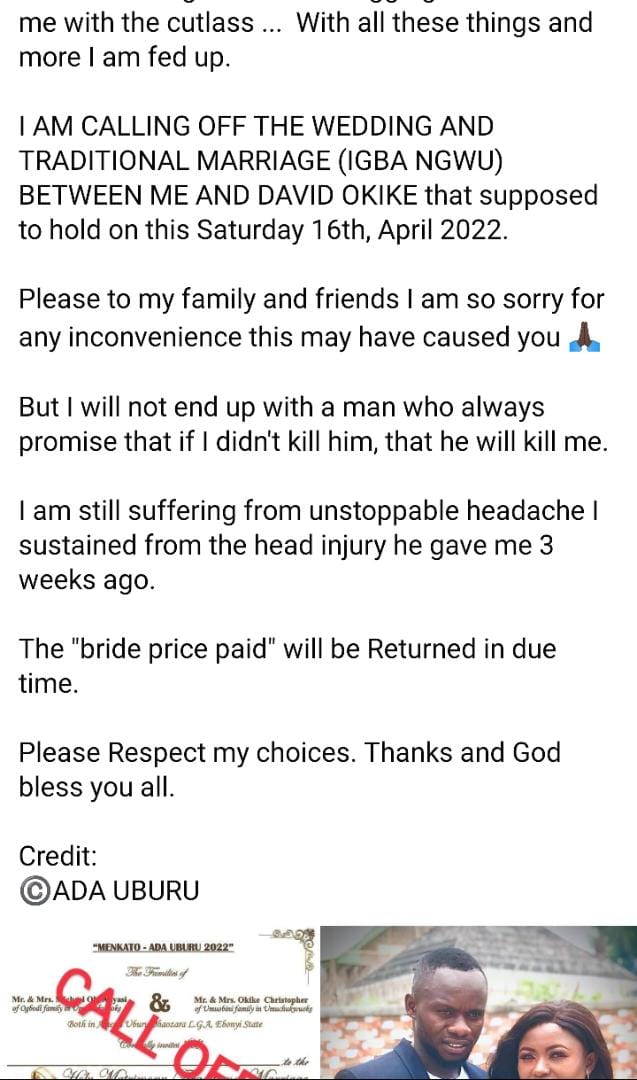 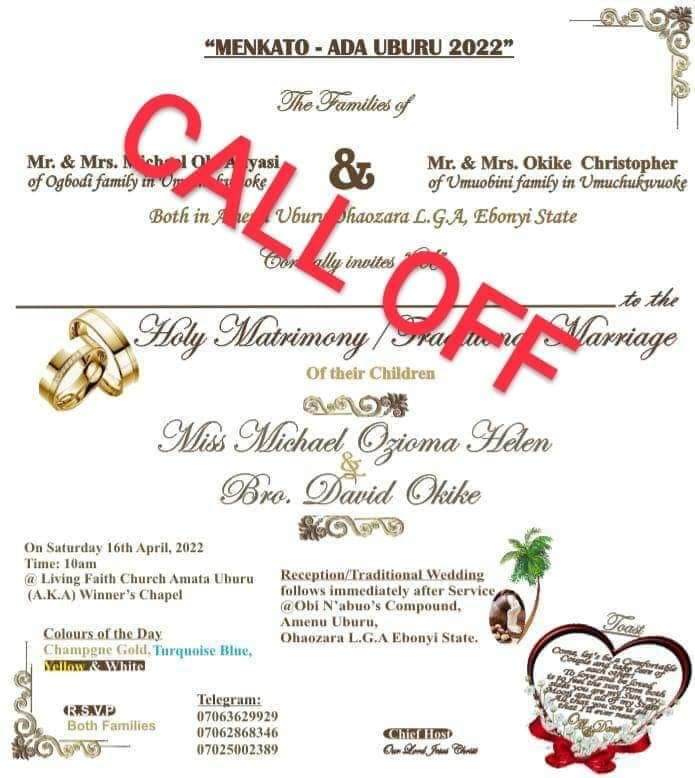